Saint Francis Medical Center is a 280-bed facility serving more than 650,000 people throughout Missouri, Illinois, Kentucky, Tennessee and Arkansas. Their major service lines, which have received national recognition, include the Neurosciences Institute; Orthopedic Institute; Family BirthPlace, featuring the region’s first Level III Neonatal Intensive Care Unit; Heart Hospital; Level III Emergency and Trauma Center with Convenient Care; Cancer Institute; and Fitness Plus.They recently completed the construction of a 208,000-square-foot combined Heart Hospital and Cancer Institute, where patients have access to advanced treatments and technology – under one convenient roof. Saint Francis Medical Center has been named one of the top 100 “Best Places to Work in Healthcare” by Modern Healthcare magazine for the fifth consecutive year – an honor no other employer/hospital in Missouri has achieved. The prestigious program is open to companies across the healthcare industry – hospitals, service companies, suppliers, payors and others – with at least 25 employees.

SoutheastHEALTH is a far-reaching network of providers and facilities including Southeast Hospital in Cape Girardeau, Mo., which provides a regional system of healthcare services throughout a multi-state region. SoutheastHEALTH serves patients in southeast Missouri, as well as residents in parts of southern Illinois, western Kentucky and northern Arkansas. SoutheastHEALTH has multiple campuses and facilities, such as HealthPoint Fitness in Cape Girardeau and Jackson, Southeast Home Health, Southeast Hospice and Southeast Endocrinology at Doctors’ Park, and Southeast Medical Plaza with locations on Broadway and Mount Auburn Road. In February 2011, the new Southeast Cancer Center, the largest construction project in the health system’s history, opened on SoutheastHEALTH’s West Campus. In addition, SoutheastHEALTH operates satellite outpatient Cardiac Rehab services in Sikeston and Dexter, Mo., and the SoutheastHEALTH Center of Ripley County in Doniphan, Mo., and its associated family clinic. Southeast’s specialized centers of care include: Southeast Heart Center, Southeast Cancer Center, Southeast Brain and Spine Center, Center for Women and Children Services, Emergency Services, Orthopedics and Joint Replacement Center. Each year, tens of thousands of patients see the difference at SoutheastHEALTH in technology, services and care.

Students with ties to the region and a strong interest may contact the site coordinator, Ashley Showalter, to apply Cape Girardeau or Sikeston as their core site.

All rotations are completed one on one with preceptors. Students get a variety of both inpatient and outpatient rotations. At this site all preceptors work with students on a volunteer basis and do so because they enjoy working with students. Physicians are never “required” to take students. They do so because they want to give back to their profession and a community in which they have chosen to live and raise their family.

Home to Southeast Missouri State University, the community enjoys many musical, theatrical, and visual art exhibitions at the Show Me Center as well as at the River Campus Performing Arts Center on the college campus which brings in major comedy acts, bands, along with Division 1A athletics. Also known for its wealth of fishing, parks, and other types of recreational areas, it is an area of impressive natural history and beauty. Nearby is the National Trail of Tears State Park; this river community is often frequented by visits from the Delta Queen Steamboat Company. Offering many modern amenities including retail shops, malls, over 100 restaurants, cinemas, water slides, go-cart tracks, and much more, visitors to this community never lack for things to do. Visit www.capechamber.com for more community information.

Cape Girardeau is less than two hours south of St. Louis on I55. In a short amount of time you can be in a major metropolitan area with a wealth of activities, sports events, shopping, and restaurants to satisfy everyone in the family.

Average cost of housing
Rental units range from $400-$650 per month; Houses range from $100,000 to $150,000, although nice smaller homes can be found for under $90,000. This is a major benefit to training in southeast Missouri. Students struggle to get by during medical school and with the cost of living being lower than in the city; students are able to live comfortable without a huge strain on their budget.

Nearest expressway
Cape Girardeau is located directly on I-55.

An average day in Cape Girardeau starts between 7-8 a.m., depending on whether there are morning didactics that day or not. Coming in early to pre-round before your preceptor arrives is always a good idea, however many of the preceptors will actually have you pre-round on your patients while they see other patients. Depending on the rotation and the volume of patients that you see with your individual preceptor, you will usually be done and free to go home anywhere from 5-6 p.m.

Every rotation is with an individual attending physician, so your exposure to each patient is definitely increased. Because of this, when the attending is comfortable with your abilities, you will find yourself becoming more responsible for individual patients that are assigned to you, but don’t be concerned; the attending always makes the final decisions.

“Being from this area it was nice to work one-on-one with the attendings who someday may be those I work hand-in-hand with for my patients. The close contact with the attendings is priceless – there’s no standing in line behind residents to suture, cut, interact with patients… People in the area, as a whole, have been very supportive and encouraging towards me as a medical student.”

“Cape is a great rotation site for several reasons. First are one-on-one interactions with physicians who are excited to teach and mentor. The physicians here teach by making you an active participant in patient care. Second are hands-on opportunities. Physicians and staff at both hospitals allow you to participate in procedures and surgeries. Lastly, Cape is a great family town with excellent schools, plenty to do, great restaurants, decent nightlife, and is only 1.5 hours from St. Louis.”

Click the following link for a printable version of this site’s information:  Cape Girardeau

Getting our students started

If you are interested in SEMO AHEC and want to discover all our resources have to offer, click below to contact one of our team members. 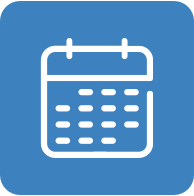 When are site
visits scheduled?

Site visits can be scheduled at almost any time except during holidays.

Who should students contact to set up a site visit? 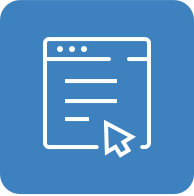 What is the site visit
protocol at your site?

Students must contact the site coordinator at least two weeks before the planned visit. The site coordinator will make arrangements and let students know who/when/where to meet. Any requests made less than two weeks in advance will be considered, but may not be able to be arranged due to time constraints.